David & Shannon Bierly of Bloomington, MN needed a landscape makeover. Tony Reick of AAA Reicks Landscaping was called out to solve some problems and design a more functional and practical landscape for their yard.

David and Shannon had a hill in the front that was hard to manage. The hilly area was too shady for a nice thick lawn and all but impossible to mow. The landscaping around the foundation was getting old, full of weeds and overgrown. There were also some common problems around the foundation due to erosion as well as some negative sloping issues.

After the first meeting, Tony put together a design that would solve their immediate problems and be a solid foundation to further expand their landscaped yard. The hill in front will become a rhododendron and azalea garden with evergreens and perennials for seasonal color. All of these plants are hardy and do quite well in our Minnesota environment. The issues around the foundation of the home were solved by accenting the work that was done on the hill by using the same base plantings which tie the whole yard together.

Before and After Pictures – Bloomington, MN Landscaping 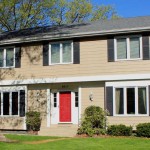 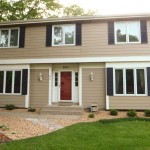 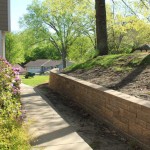 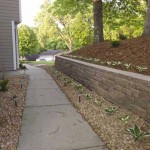 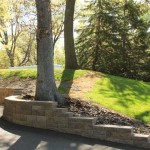 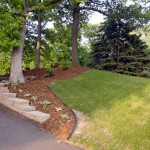 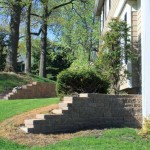 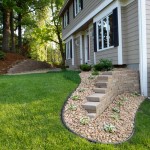 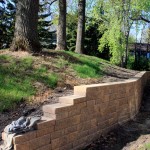 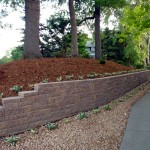 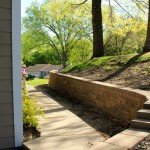 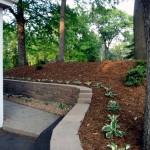 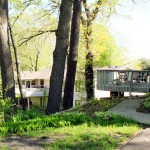 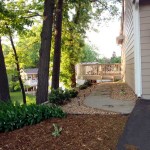 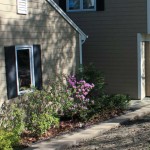 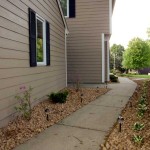 David and Shannon say… “The yard looks great! We get a lot of compliments on it!” The Bierly’s sent us some “after photos” that we would like to share as well as some photos that we took prior to starting the landscaping for their home.

If your Bloomington, Minnesota or Twin City area home needs a landscape makeover, Give Tony a call today at 612-369-6626 or fill out our Landscape Estimate form to schedule a time for AAA Reick’s to come out and give you a no-obligation quote.